A "Wilderness Area" is a legal term for a certain type of land defined by the Wilderness Act, starting in 1964. Such areas are permanently protected by law and are meant to be preserved with extreme care so that the natural habitats of the land are preserved. 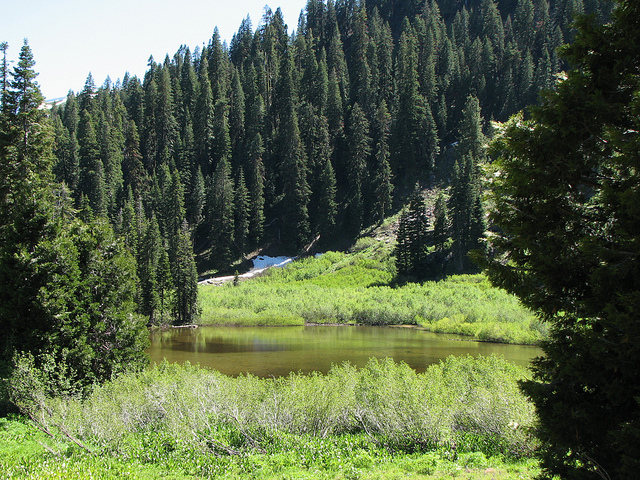 Here are some of the more notable legal quotes from the Wilderness Act:

The author of the Wilderness Act was Howard Zahniser. In his wording of the document, he specifically identified a few actions which are not allowed. Some of these are fishing, catching or hunting any wildlife. The wording of the document also specifies that people can not change or manipulate the areas and the lands designated as wilderness areas can only be subject to what are considered nature's natural changes.

There is an estimated between 16 to 35 million trips to different wilderness areas within the United States each year. Some of the popular activities are these areas are hiking, backpacking, camping, canoeing, rafting, kayaking, climbing, ice climbing, mountaineering, horseback riding, cross-country and downhill skiing, swimming, fishing, hunting, wildlife viewing etc. Notice that all of these activities are possible to do without the use of any motorized vehicles. That is because motorized vehicles are not allowed in these areas.

Almost every state in United States has a wilderness area. There are only 6 states without at least one designated wilderness areas. These states are: Connecticut, Delaware, Iowa, Kansas, Maryland and Rhode Island.